A new innovation has been unveiled in the Baggage Claim area at London Heathrow Airport's Terminal 2.

Conveniently located where most arriving passengers will do most of their waiting - for their luggage to arrive at the carousels - the new digital smart screens will display all transportation options. Information on the Heathrow Express airport train, Heathrow airport bus service and London taxi service is now available for the traveller to browse. 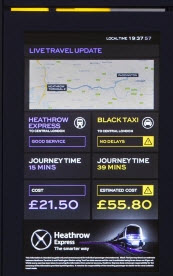 What's innovative is the way the screens integrate real-time weather and traffic information, as well as updates on rail service. With this data, the screens can generate relatively accurate travel times for each transport method. They will even estimate taxi fares, allowing the traveller to compare with other options.

We laud the innovation, as this is the kind of relevant, just-in-time up-to-date information consumers are coming to expect from their portable devices, and from the institutions they frequent. By pulling all this data together and displaying it in baggage claim, when arriving passengers may not have connected their devices, and are most in need of it, Heathrow is setting the standard.

Expect to see the initiative rolled out to Heathrow's other terminals in the not so distant future. Expect to see a mix of adoption of the technologies in the industry as a whole: we wonder who the early adopters will be (a favourite airport near you, you hope!), and fully anticipate those airports that are still charging for WiFi to remain in the PaxEx dark for some time to come.

Posted by IHateTaxis at 19:40 0 comments

The stunning Atlantic Road in Norway

Posted by IHateTaxis at 22:18 0 comments

Email ThisBlogThis!Share to TwitterShare to FacebookShare to Pinterest
Labels: Norway

Toronto has finally joined the 21st century with its new train service to Pearson International Airport (YYZ). There have been discussions since the late 1980s, but this week the dream become a reality.

One can now jump on a train - the Union Pearson Express, or UPExpress - from Toronto's YYZ  airport to downtown (or vice versa) in about 25 minutes onboard a touted luxury train that boasts a comfy ambience and free WiFi, similar to that of the Heathrow Express. This new train only stop twice enroute – the Weston and Bloor West Stations. 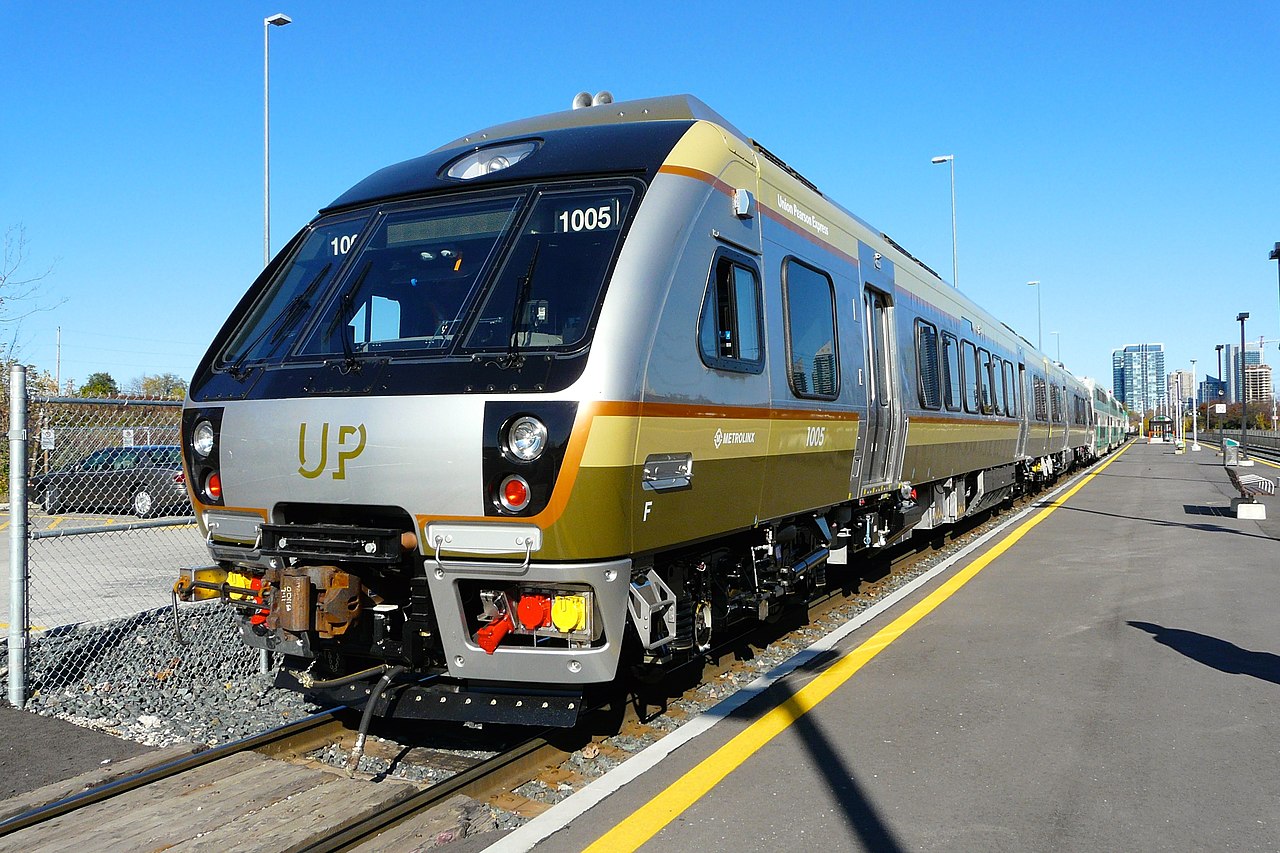 The fare is quite high in comparison to other airport-downtown train journeys around the world and it is difficult to determine whether this price point will gather enough passengers to warrant itself a sustainable business model. The Vancouver Canada Line, a comparable national example, takes approximately half the time (half the distance) and only costs $5.50 during peak times and $2.75 evenings/weekends, so a $10-15 price tag for the UPExpress would seem more fitting.

Based on the current pricing system, the reduction in airport parking and taxis could be quite limited, and given the UPExpress only frequents downtown, it seems more geared towards business travelers and tourists versus city residents, whom would be better off catching a taxi or a bus. There is a reduced fare for Presto fare-card holders ($19 one-way), but it's not enough to entice regular riders.

What would be a game changer would be if the UPExpress had alignment to Toronto’s subway system or light rail transit to give more flexibility in options for all travelers.

In the meantime, having more transit choices for travelers at the Pearson International Airport is a good thing so long as the arguably prohibitive cost does not make this investment a boondoogle.