Motherboard is running a whole week of posts on Uber, and the scope is pretty interesting. The week isn't over yet, but here are our picks so far:

To view the full list of articles, and catch those still to come, check out Uber Earth.

Lucky Lucknow is getting an airport train

Lucknow Chaudhary Charan Singh International Airport (LKO), referred to as CSS Airport by locals, is getting a new airport train.

Already under construction, the metro line connecting Lucknow CCS International Airport will cover a distance of 24 kilometres, right through to a new metro station at Munshi Pulia. While most of the line will be elevated, a few kilometres will run underground. A total of 19 stations are planned. The first phase is scheduled to open sometime in 2016.

In 2016, Lucknow Airport was ranked the second best in the world in the small airport category by the Airport Council International. India also took the top spot, with Jaipur International Airport (JAI), being named the best airport serving 2-5 million passengers.

Posted by IHateTaxis at 11:50 0 comments

Designed to serve tourists transferring to 5-star hotels downtown, the new bus routes serve:
Airport boarding areas are located at Terminal 1 Arrivals (by Exit 9) and Terminal 2 Arrivals (Exit 27). The new buses will operate between 06:45 and 01:00, and adult fares are CNY 68 (roughly USD 10-11).

Note: Complete route information, as well as details on how the new buses integrate with existing services, are not yet known. Once available, we will update the details on the bus page of our Shanghai Pudong Airport transportation guide.

Posted by IHateTaxis at 22:24 0 comments

After the excitement last month with the opening of the new Denver Airport train, problems on the ground at the line's at-grade crossings are causing delays.

While most modern airport trains are elevated or run as underground subways, the Denver Airport authority decided to build their new line at-grade, presumably for financial reasons.

While the community benefits from infrastructure that is more pleasing to the eye (save the underground option), non-elevated trains pose significant risks. While no-one can prevent a determined soul who wants to go beyond barriers to the tracks, most of the risk is mitigated through automated crossing gates.

That is only true, of course, if those gates operate without a glitch. This week, however, issues began to arise when some gates had not fully closed by the time passing trains came by. Yikes.

As a result, while the trains are still running, each of the 10 at-grade crossings on the line are being staffed with flaggers until the situation is figured out.

It has now been revealed that staff tried to delay the train's opening, due to computer problems. This week, it seems officials are wishing they had listened.

Posted by IHateTaxis at 16:20 0 comments

To tip, or not to tip, that is the Uber question.

Corporately, Uber thinks the answer is clear (tipping is not required or expected, and there is no functionality in the Uber app to add a tip).

Drivers and users, not so much.

Many drivers, bless or curse their souls, still crave a tip and will even slip in a scam or 2 to make up for it.

And users... well, many users are just tippers (considering it rude not to), while others "fear" being rated as a lousy ride by Uber drivers, decreasing their chances of getting rides, so tip anyways.

It all creates a hazy quagmire, that doesn't seem to be getting any clearer, despite the outcome of a class-action lawsuit and recent efforts to clarify the company's position. Consider this story posted on the web by Uber last week:

Our approach to tipping - Uber Under the Hood


"Last week, we settled two class-action lawsuits in California and Massachusetts. As part of that settlement, we agreed to clarify our approach to tipping, so here goes. When we started Uber six years ago, we thought long and hard about whether to build a tipping option into the app. In the end, we decided against including one because we felt it would be better for riders and drivers to know for sure what they would pay or earn on each trip — without the uncertainty of tipping. That’s still the case today. Tipping is..." [read the full story direct from Uber on the Under the Hood website]

If that was the end of the story, then that would be that. But take a look at some of these other stories and you'll quickly see that things aren't so black and white in terms of a little green for the good driver:


"Uber recently settled a class action lawsuit brought by drivers claiming unfair wage and labor practices. In addition to paying up to $100 million, the settlement involves clarifying the ride-sharing service’s stance on tipping. Uber has long opposed tipping, claiming riders don’t appreciate the extra hassle of adding a gratuity, as well as citing negative effects including potential racial bias (e.g., customers may leave less for nonwhite drivers). While Uber maintains its policy that “…tips are not included on Uber’s platforms (except on UberTAXI), and that tipping is neither expected nor required” as part of the settlement, it retreats by adding, “…riders are free to offer tips and drivers are welcome to accept them.” Drivers are now allowed to solicit tips by asking passengers or posting signs in their vehicles. An important caveat is that if riders opt to tip, Uber won’t let them do so in its app. Instead, riders will have to ..." [read the full article on the Harvard Business Review website]

That awkward moment with your Uber driver - Boston Globe


"Well, this is uber awkward — I’ve been stiffing my Uber drivers for years, and didn’t even know it. When I first started using the ride-hailing service a few years ago, my tech-savvy partner assured me the driver got 20 percent automatically, or at least that’s what someone told her. In fact, no tip is included in an Uber fare. But the company does not go to great lengths to make this clear to its customers. Its website even says 'there’s no need to tip.'... But the truth about tipping and Uber is out there now, hanging uncomfortably in the space between front seat and back seat. I know from my reporting that some Uber drivers feel their livelihood is marginal, and they badly want a tipping option in the app. But sitting in the back seat while selecting a tip amount or pawing through my backpack for a crumpled bill is exactly the kind of awkward interaction Uber wants to avoid. And judging from the reaction online today, many customers agree with the company..." [read the full article on the Boston Globe website]

Uber Tips: Why the tipping culture will change - SherpaShare


"One of the non-monetary aspects of the settlement of the class-action lawsuit against Uber was that Uber drivers would now be allowed to put up signs in their cars that tipping wasn’t mandatory but that it would be appreciated. Uber’s rapid growth was in large part prompted by the cashless aspect to all parts of the car hailing experience. However a large part of that was letting passengers believe that Uber had built in a tip into the ride fare. We all know that this is not true. Uber keeps all the fees that they tack on top of the ride and a commission off the fare itself. When Uber first started, rates were 40% higher than they are today. In that sense, adding a tip now can put Uber drivers back at the income level they were first promised when they started driving for Uber. So why has the no-tipping culture been so pervasive with Uber passengers? First, ..." [read the full article on the SherpaShare blog]


Related resources
Does tipping your Uber driver make sense? - Entrepreneur
Uber's New "Tony Soprano-Like" Tipping Policy - Pricing for Profit
Uber got it wrong on tipping! - a reaction from the Uber Driver's Forum
Do I need to tip my driver? -  a suitably vague answer from Uber Help
Exclusive interview with Shannon Liss-Riordan explaining the Uber Settlement - SherpaShare Blog
Why we shelved Uber updates - IHateTaxis
Uber provides the taxi industry a good kick in the pants - IHateTaxis

Posted by IHateTaxis at 15:26 0 comments 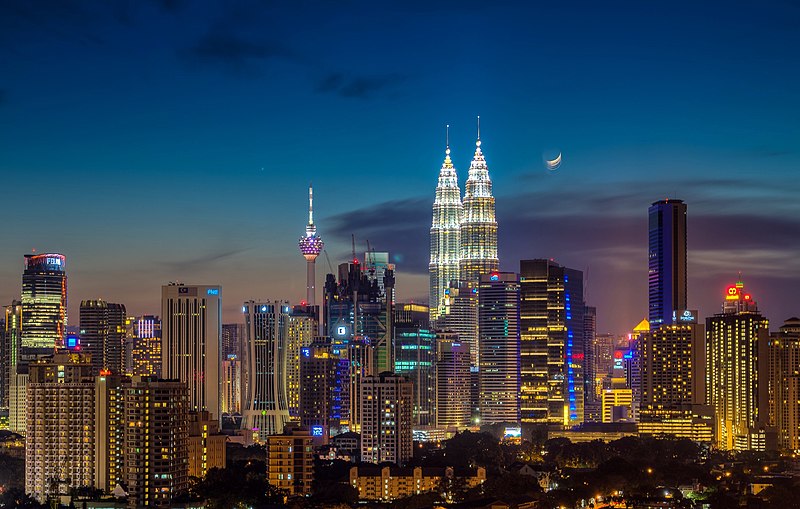 Have a layover coming up in Kuala Lumpur? Lucky you. Are you now wondering what you might be able to do with your time?

Here's a little inspiration. We've gathered the following stories from those who have experienced a layover in Kuala Lumpur (or "KL" for short). Learn what they did, what was/wasn't worth it, and their tips... [read more].

Posted by IHateTaxis at 21:42 0 comments