Every year, the build Black Rock City Airport from scratch. Every year it comes alive with Burning Man participants. And every year it vanishes without a trace. It's all in keeping with the Burning Man principles. 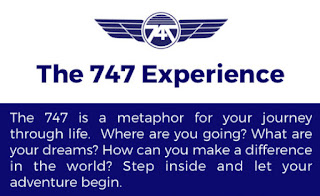 Burning Man PaxEx: An Ephemeral Airport and a Boeing 747 Nightclub - by Jordan Yerman

From its humble beginnings on San Francisco’s Ocean Beach, Burning Man has become a global destination for artists, dreamers, doers and those who want to spend a week in the desert with a makeshift pop-up community of over 70,000. The playa, where Burning Man takes place, is officially known as Black Rock City, and it (and its airport) only spring into structured existence during the festival, taking place this year from August 28 to September 5, 2016 [read the full article on Apex].

A temporary metropolis for tens of thousands built annually in Nevada’s remote Black Rock Desert, the Burning Man festival is famous for its extreme architecture and creative art cars, the latter now including a transformed Boeing 747. The carved-out jumbo jet invites people to hop on board for speakers, parties and other events. It is being towed around the dusty playa by a surprisingly small service vehicle, a bit like one might see on the tarmac at an airport... [read the full article, with pictures, on Globotimes].

How The Journey Began: Drawings in the Dust - The 747 Project IndiGoGo page

The story of the project began in 2009 when Ken Feldman first sketched a 747 with the top cut off in the dust of the Playa while camping with Robot Heart.  “This” said Ken, “would be the craziest art car of all time!”  So crazy that he put the idea aside... In 2014, returning from Burning Man, he shared his long dormant 747 idea with Will Lundy, who told him about the Mojave Airport where a fleet of 747s lay grounded at the boneyard...   He shared the idea with his old camp mate Jon Teo, who grabbed him by the shoulders and said “Let's do this!"... [read the rest of the story on the project's IndiGoGo page].
Related resources
Black Rock City Municipal Airport Website - the 2016 airport site
Burning Man - the official website
Revolution against 'rich parasites' at utopian Burning Man Festival as 'hooligans' attack luxury camp - The Telegraph
Temple burn brings Burning Man events to a close - Reno Gazette-Journal
Burning Man's loving engine powered by wealth, privilege - USA Today
Dust to dust: mourning the dead at Burning Man - The Guardian

For your reading pleasure
Brexit and the impact on travel: news stories - IHateTaxis
The 420 from PDX - IHateTaxis
Famous Fare: Nimoy drives JFK - IHateTaxis
What I learned from my taxi driver - IHateTaxis