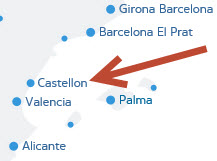 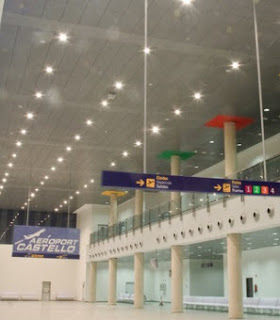 Spain's 'ghost' airport finally gets ready to welcome its first flights as Ryanair confirms routes between Castellon and the UK
Ryanair to serve Castellón Airport from Bristol and Stansted
Spanish 'ghost' airport's unused runway to be dug up - 2012
In Spain, a Symbol of Ruin at an Airport to Nowhere - 2012
Castellon de La Plana Airport (CDT) transportation guide (watch for updates)
Posted by IHateTaxis at 20:17